Below are books bound primarily for personal use as sketchbooks, and a few I gifted. Some of them are attempts at recreating historical structures and others are a mix of structures I threw together because I needed a book quickly.

A dustjacket for extra protection.

Some of the text coming through the translucent vellum.

A detail of the stitching and the endband. 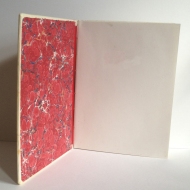 Red marble was chosen to match the red pigskin exterior.

2009 : A book that I really like, except I wasn’t paying attention to the grain of the paper, and the pages don’t open very easily. 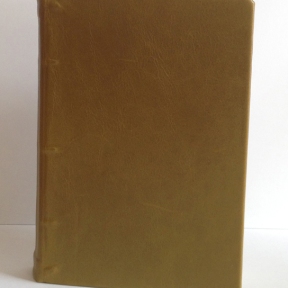 The size and weight of the book are nice. 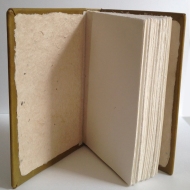 A pastedown of milkweek paper I made.

2009 : This is called a ‘limp binding” because no hard boards are used in the covers. 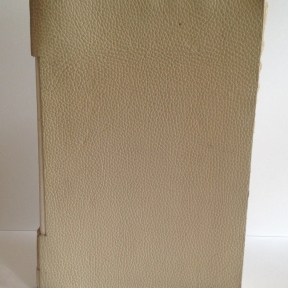 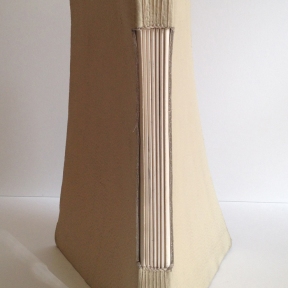 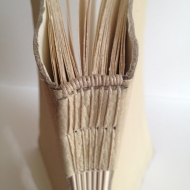 2008 : Walnut goatskin.  This is a hybrid I developed – a coptic sewing with a covers bradle bound on.

This paper wasnt sturdy enough to use as an endpaper…hence the split. 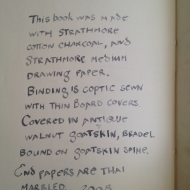 2007 : This was a gift for my boyfriend.  It was inspired by the Pope’s red Prada shoes. 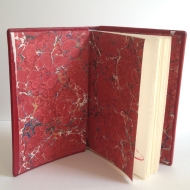 Unfortunately the leather was stronger than the boards, which have bowed with age.

2007 : This is coptic bound with blind tooling on the grey cowskin cover. I very much liked this book. 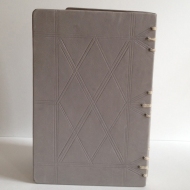 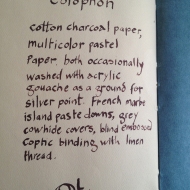 2007 : Brown Lambskin.  The cords were purposefully set an angles to give the spine an organic look. 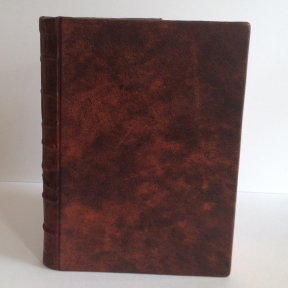 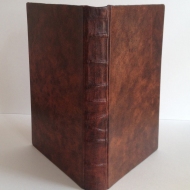 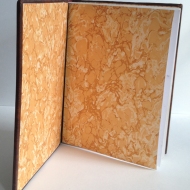 Probably the best endpapers I’ve ever made.

2007 : Blue Kidskin & Red Pigskin.  This book didn’t get a lot of use before I moved onto a new one.  It just didn’t feel right as I was working. 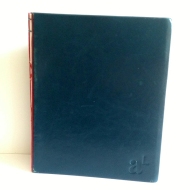 I used old letterpress pieces to emboss the leather. 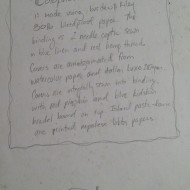 2006 : Red Pigskin.  This is one of my favorite books.  It’s a true leather covered Coptic binding.  The cover is sewn onto folded thin boards. 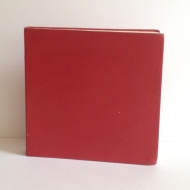 I love this Yuzen paper.

This shows the folded covers 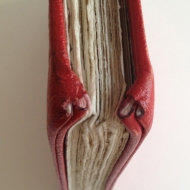 The corners got bashed in a lot in my bag. 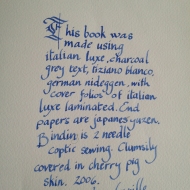 2006 : Green Pigskin.  This book was hastily put together with a generic synthetic thread.  As you can see it didn’t hold up too well. 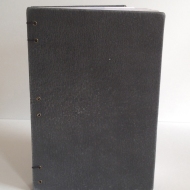 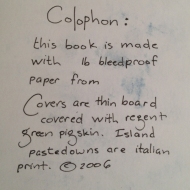 2005 : Grey Kidskin.  This was the first mashup of the Coptic/Bradle bindings I did.  I think the endband was particularly successful.

2004 : This was my first attempt at working on a medieval style.  It is sewn on double cords laced (and later glued) into carved covers of purpleheart wood. Ideally the spine should be backed and covered with leather to prevent the pages from sagging.